The ruins of Ardmulchan Church are on a magnificent, elevated site overlooking the River Boyne and Dunmoe Castle. Dating from the 13th Century, the church’s remains include at the west end a square bell tower. The ground floor of the tower is well preserved with an elaborate stairway. The site has magnificent views of the Boyne’s historical landscape especially the ruins of Dunmoe Castle.

Ardmulchan was an important defensive site overlooking the River Boyne between Navan and Slane for Hugh de Lacy the Norman Lord who conquered and occupied the Boyne Valley area in the late 12th century. A substantial Norman motte was constructed at Ardmulchan on which the Church Tower still stands. 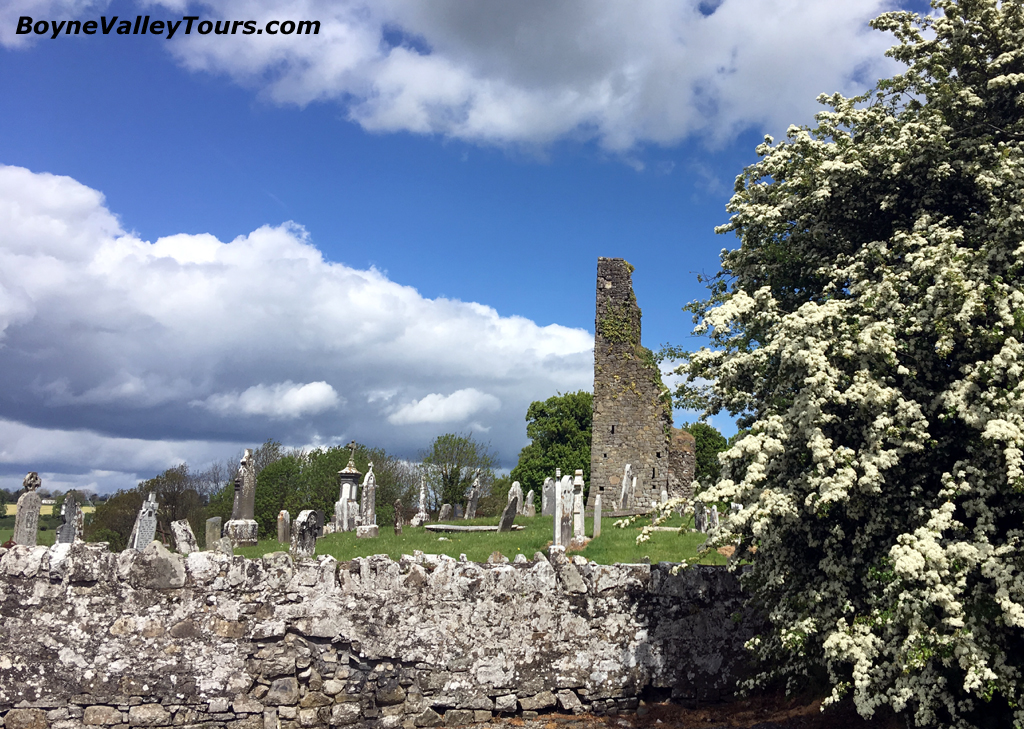 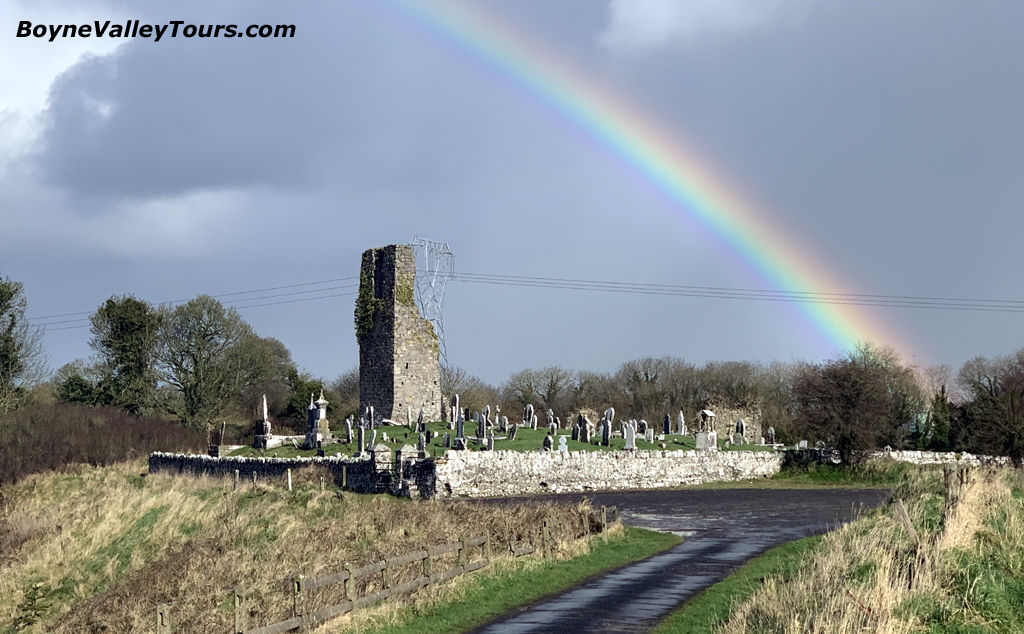 Rainbow over Ardmulchan Church and Cemetery 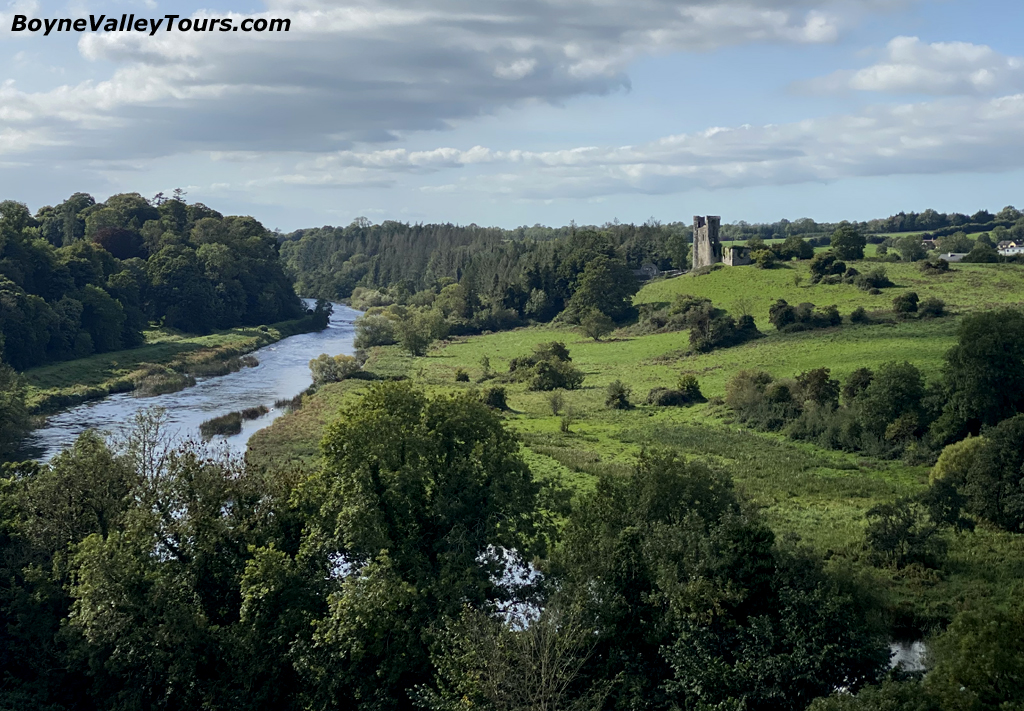 The ruins of the 15th century Dunmoe Castle has a commanding view of the Boyne River. It was the home of the D’arcy family and marked the boundary of the English Pale. Dunmoe Castle survived the Cromwellian invasion in 1649 and the Williamite War in 1690 but was destroyed by fire during the United Irishmen Rebellion in 1798. 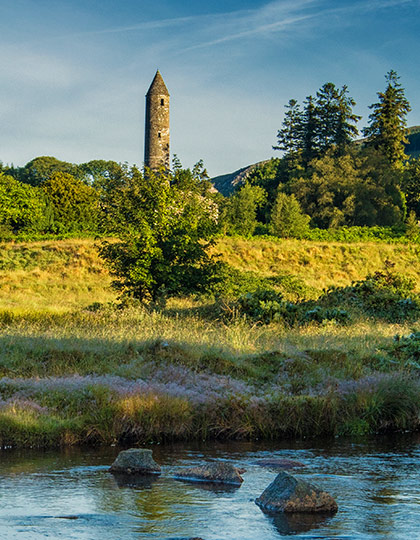 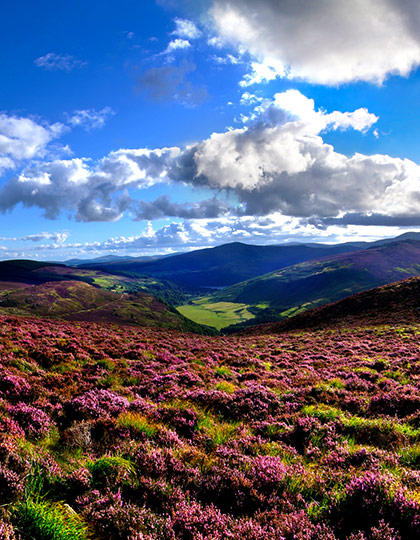